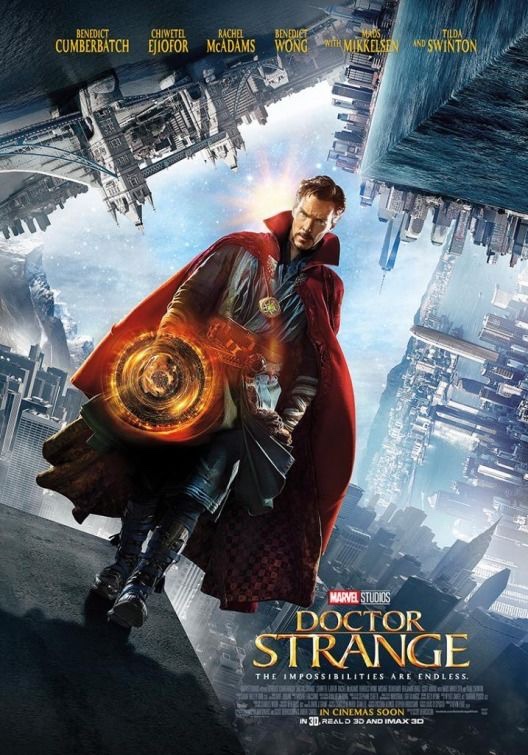 A brilliant neurosurgeon has his life turned upside down after a near death accident. Dealing with the aftermath of the accident Dr. Stephen Strange goes on a journey of physical and spiritual healing.

I’ve mentioned a few times in previous Marvel movie reviews this year that Doctor Strange is the only Marvel movie that seems to have eluded me since its 2016 release but thanks to Netflix I was finally given the opportunity to watch it. Doctor Strange was one of the better characters in Avengers: Infinity War so I was keen to see what a solo movie based on the origins of his character would offer.

Doctor Strange was packed full of stars and the majority of them were very good to watch even Tilda Swinton who I’ve never really been a fan of but her performance as The Ancient One was very good and I felt the casting of her was a stroke of genius. Likewise I felt that Danish actor Mads Mikkelsen was superbly cast as the villain of the movie, Kaecilius. He plays the bad guy character so well and has done throughout his career and choosing him to be the villain here was an excellent casting decision. Benedict Cumberbatch as Doctor Strange was as you’d expect, he’s such a talented actor and it’s really good to see him involved within the MCU as I feel he brings a lot of acting credibility with him to bolster Marvel’s stranglehold on the box office and only shows the huge gap between what Marvel are able to create compared to DC.

The story of Doctor Strange was a little routine and just felt like I was going through the motions as it was all rather predictable. The fighting scenes were really well put together but there was way too much CGI involved and the action felt diluted because of it. Marvel tends to incorporate a lot of humour within its movies and while there were some very funny moments in this film, particularly between Doctor Strange and Wong, sometimes I got the feeling that they were trying to force a lot more comedy than was needed.

Overall, Doctor Strange was a fun movie with great acting performances but was very heavy handed with the CGI. Not one of marvels best movies but still enjoyable and it was a nice introduction to the Doctor Strange character.