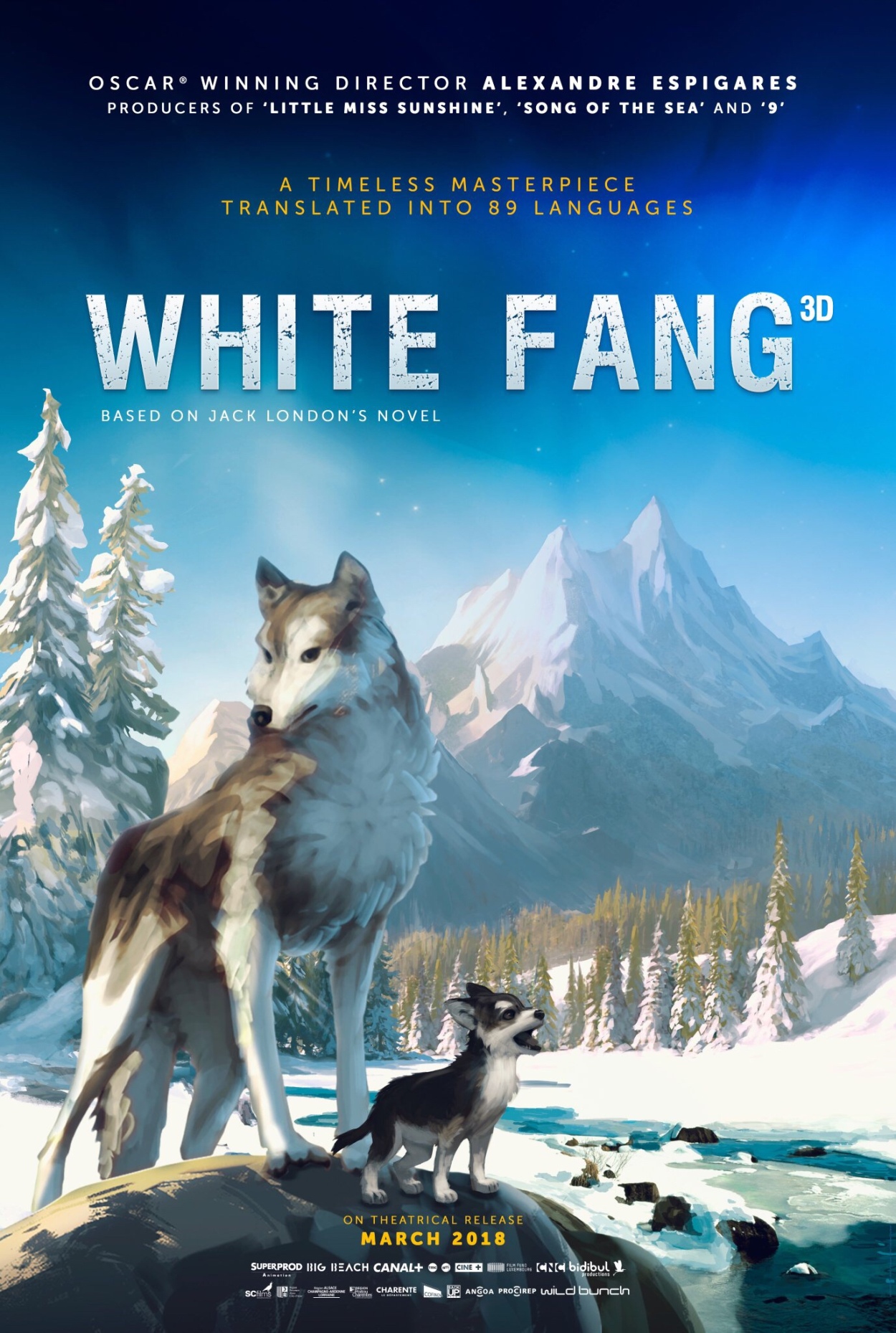 A classic tale based on the novel by Jack London where the story follows White Fang, a loyal wolf dog. We are taken on his life’s adventures as he serves 3 completely different masters.

I’ll be the first to admit and say that I was very disinterested in this movie, my wife put it on last night and I was way too tired to concentrate and fully expected to fall asleep during it. However, as the story developed I found myself getting more and more immersed into the animated movie than I had anticipated as it was a tale of bravery, loyalty and togetherness. My concentration levels spiked and I was kept awake for the entirety of the film which was a thrilling journey from start to finish.

The one thing I noticed about White Fang is that a lot of people online criticise the animation as one of the reasons why they didn’t quite like the movie. While the animation wasn’t crisp and perfect like we’ve all come to expect from the latest animations, I think that was part of the movies charm. The animation was a little gritty and somewhat suited the nature of the story and very much reminded me of Red Dead Redemption (which I was a huge fan of) in terms of how the landscape and people looked. I loved the story told by White Fang as it follows a young wolfdog from being a puppy being under the care of his mother into transforming into a pack leader and sled puller for a Native American. He then gets sold to an evil man who has bad intentions for White Fang as he turns him into a vicious fighting dog as the man makes financial gains. After being rescued by the local marshal he transforms into a pet who helps around his the farmland that he and his wife are building. It’s a real rollercoaster ride of emotions as we are shown the best and the worst of people in this thrilling adventure.

I’m also very pleased that the animals in this movie don’t talk. While I don’t hate it, I sometimes find talking animals to be annoying in animations that try and tell a story with a deeper message. In White Fang the movie relies on the whimpering and growling of the dogs to display emotion and utilises the music superbly well to set the tone of each scene. Paul Giamatti played Beauty Smith, who was the man who made White Fang a dog fighting champion and he and his character were both great. He has this sinister little laugh that kind of reminded me of Joe Pesci in Home Alone only with a lot more evil behind it. The other stars were Nick Offerman and Rashida Jones and the Parks and Recreation duo were ok as voice actors but not quite up to the standard of Paul Giamatti but this didn’t affect my enjoyment of the movie at all.

Overall, this was a great surprise as it was engaging and had a lot of emotion and meaning behind the story. A well written movie with gritty animation, this was a nice little gem that my wife stumbled upon that I would definitely recommend.