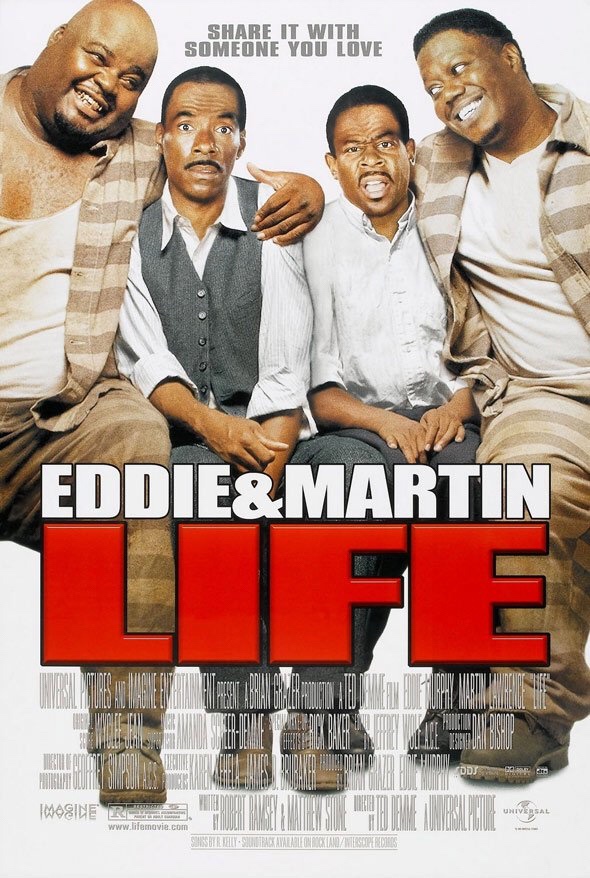 In 1932 two relative strangers, Claude and Ray, travel down to Mississippi to buy moonshine to take back to New York so they can settle a debt with a mobster. While in Mississippi they are wrongfully accused and found guilty of murder and are sentenced to life in a hard labour prison. Life follows the stories of both men who spend 60+ years wrongfully in-prisoned as they spend their time arguing with each other and looking for ways to escape.

Life is a movie that catches both stars in their respective rise and fall. Shortly after Life is where Murphy’s career slopes drastically downhill but this movie is an indication of how great he can be at times. I feel this is rather an overlooked performance from him but he carries this movie on his back as he plays cocky loudmouth Ray. Ray’s partner in innocence is Claude who is played by Martin Lawrence and at this point of his career he was fast approaching its peak. While I’ve never really been a huge Martin Lawrence fan outside of Bad Boys, his chemistry with Eddie Murphy was great to watch. Life was also complemented by some pleasant performances from Bernie Mac and Obba Babatunde as the movie was filled with laughs.

One of my main criticisms I had with this movie was that the timeline fast forwarded very quickly and the last half an hour or so was of Claude and Ray as old men still in prison. I much preferred the movie when it was set in the 30’s/40’s when the two main characters were younger, there was more character development to be made before the movie got fast tracked to the 70’s.

Overall, this was a rather enjoyable comedy that is one of Eddie Murphy’s most overlooked pieces of work as he is just as great in this as he is in some of his more recognised pieces of work. Definitely worth checking out.