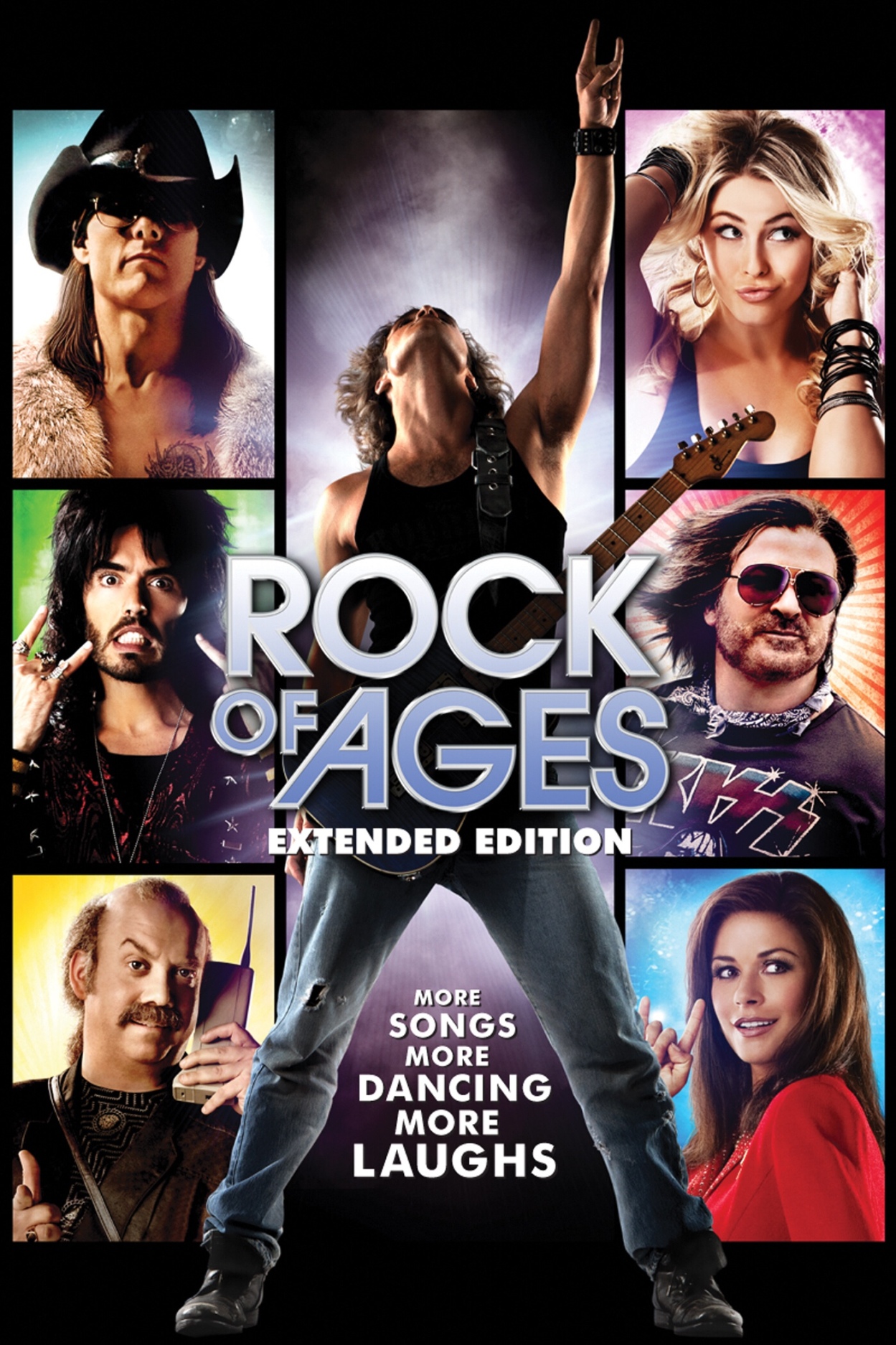 Drew and Sherrie are both aspiring rock singers and have moved to Los Angeles to chase their dreams. When they meet it’s love at first sight and they must endure tough times while working at rock club The Bourbon before making it to the big leagues.

I will be honest and admit that I had absolutely no idea that this movie was based on a Broadway musical but when I found out I was little more excited as I tend to enjoy pretty much all musicals that I have seen, with the exception of Rent – that movie sucked! The Rock of Ages DVD had been sitting next to the TV for a couple of weeks now and tonight was the night that me and the wife decided to give it its long overdue watch.

I’m extremely on the fence about this movie, there were certain elements that I loved and some that I really disliked. To start with I loved the soundtrack, this movie features some of the biggest rock songs from the eighties from some of the biggest and best bands of that era. Even if the story was a little confusing at times, the songs more than made up for it as it gave me and Abbey a chance to have a nice singalong while we watched. Tom Cruise features as rock God Stacee Jaxx and he came across as being an Axel Rose type of character and while Cruise wasn’t “brilliant” as the front cover of the DVD suggested it’s always nice to see Tom Cruise show a little diversity in his roles rather than playing the same type of character that he used to always play in the nineties. Rock of Ages also boasts a very impressive cast which features the likes of Alec Baldwin, Russell Brand, Paul Giamatti, Bryan Cranston, Catherine Zeta-Jones and Mary J.Blidge and the surprising standout performer was Russell Brand. In a movie full of stars, his smaller supporting role was great to watch as he witty and outrageous, as you’d expect from any Russell Brand performance, and although his Brummie accent was a little flaky at times he was still great.

There were however quite a few negatives to go along with the mild praise I have just given this movie. The two main stars of the movie, Drew and Sherrie, played by Diego Boneta and Julianne Hough respectively were just awful in their roles. I really didn’t like either character due to a combination of poor acting and even worse singing, which is surprising considering Julianne Hough is a country singer I thought she’d have been better. In addition to this I felt like the storyline which involved Catherine Zeta-Jones and Bryan Cranston who were running for mayor of Los Angeles didn’t seem necessary at all as it didn’t really add anything to the story for me. While I realise that this movie would’ve had to have followed the play quite closely I just didn’t understand the purpose of that little side plot. While I mentioned above that Russell Brand was the standout performer, I feel that can be considered as a negative also. With a movie filled with huge stars to allow a comedian with little acting experience in comparison to some of the other established names, who was only playing a supporting role, to steal the show doesn’t bode well for the real “stars” of the movie.

Overall, I enjoyed the soundtrack very much, it truly was the highlight of the movie and while there were some decent performances on display there were also quite a few disappointing ones too. The story was at times a little crowded and confusing but did make sense towards the end.