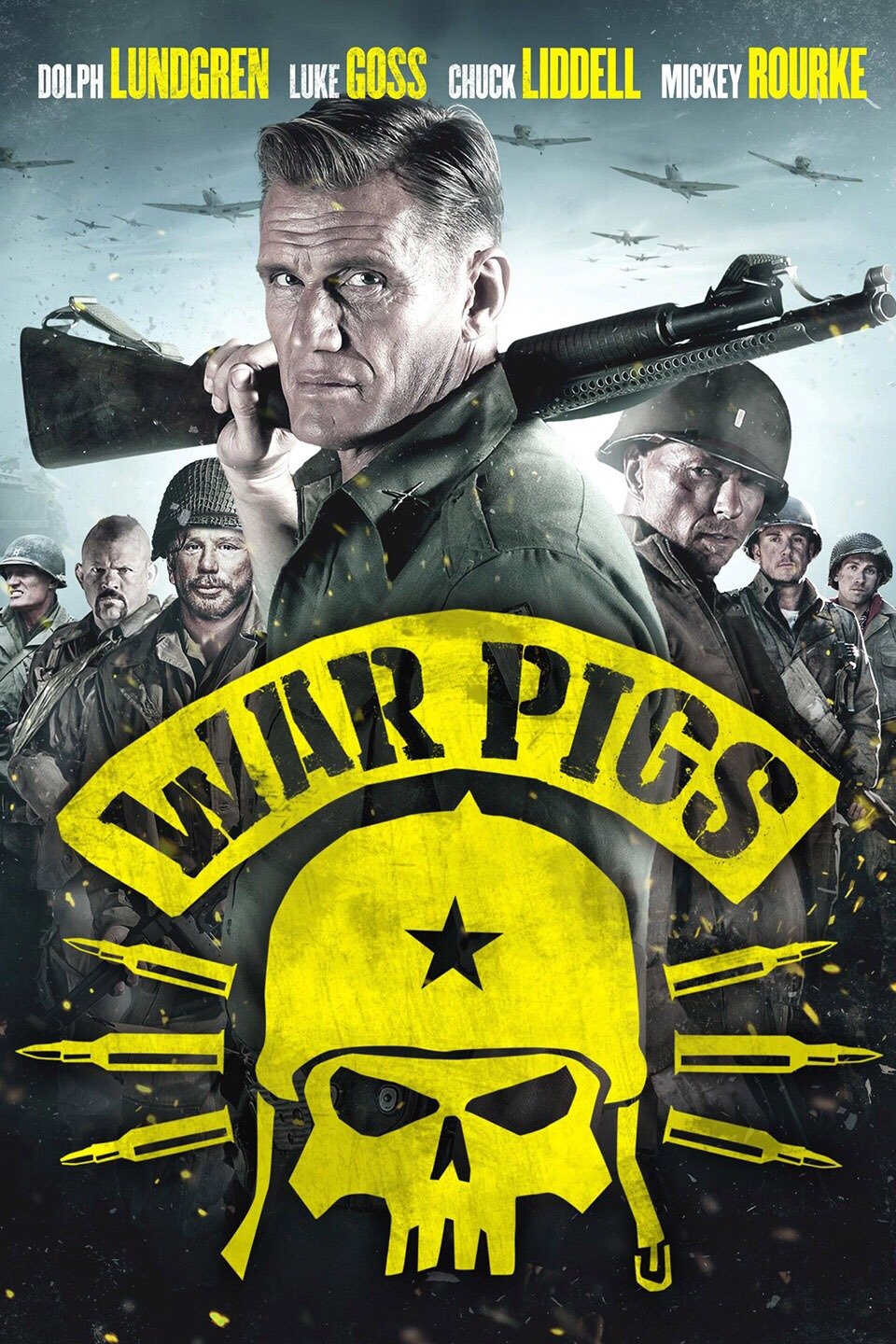 A squadron of misfits that call themselves the war pigs gets a new Lieutenant in the shape of Jack Wosick. He must train, lead and earn the respect of his new squad in order to successfully complete a secret mission behind enemy lines.

I usually stay away from movies that star Dolph Lungdren for one simple reason, they star Dolph Lungdren. Over the years since Rocky IV he has slowly become one the masters of really bad straight to DVD action movies, rivalling the king that is Steven Segal. He’s a very poor actor but back in his heyday when he was young and built like a monster and his poor acting skills were masked by his size and strength. Fast forward 30+ years however, he’s an old man with limited mobility and his poor acting is even more noticeable. Is War Pigs any different from any one of his previous movies? Absolutely not. He plays a French Foreign Legion Captain and his accent work is extremely sloppy, his French accent seems to appear on certain words in a sentence then tails off. There aren’t many action scenes for him to be involved in but the ones he is, he appears unnaturally awkward as his mobility and agility have taken a huge hit due to the nature of his work and former size.

Enough about Lungdren, lets move on to the rest of the movie. The story itself is quite an intriguing one as the War Pigs and their new Lieutenant must cross enemy lines to discover a new super weapon that Hitler is believed to have built. I do enjoy a good WWII story and this had to the makings of one but unfortunately the execution wasn’t what it should’ve been and neither was the casting. For a WWII movie which has the American squad deep into German territory there were very little action taking place and when we did get treated to an action sequence it was very lack lustre and poorly filmed.

War Pigs also took a hit in my eyes with the inclusion of Mickey Rourke. He plays Colonel Redding who gives Lieutenant Wosick and his men their orders and he just completely looks out of place as a Colonel. He’s wearing his cowboy hat, with his long hair poking out of the sides and looks as though he’s just come from spending the day out on a ranch to mumble a few incoherent lines on set before collecting his pay cheque and going on about his business. Seriously, what happened to this guy? He looks an absolute mess and the name Mickey Rourke excites nobody enough to go see his movies.

One redeeming quality of the movie were the war pigs themselves. The gang of young misfits were happy to spend the duration of the war sitting on the sidelines just so they could make it home to their family and friends alive. They were a likeable bunch of guys who were spearheaded by their new Lieutenant played by Luke Goss who was surprisingly good in this movie. They don’t trust Lieutenant Wosick initially as he comes with some shady baggage but as they train together and carry out their task at hand they learn to respect and trust Wosick as they triumph together against the Germans.

Overall, War Pigs does have an intriguing story which in the right hands could make for a great movie but unfortunately the acting was woeful by some of its leading “stars” and there just wasn’t enough action within the movie to cover up the poor casting decisions.