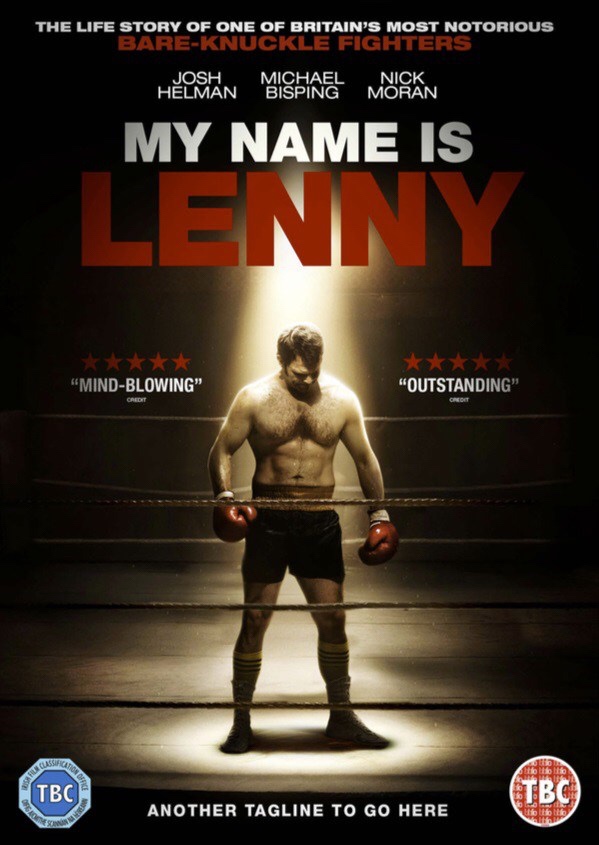 This is the true story of the life of Lenny McLean, who is considered as one of Britain’s toughest men and a legend in the bare-knuckle/unlicensed boxing world.

My Name is Lenny is an extraordinarily good watch. The acting by Josh Helman as Lenny McLean is superb. The rest of the cast pitched in their fair share too with solid performances all round but Helman steals the show for sure. He’s unrecognisable from his days playing Bill Stryker in X-Men: Days of Future Past. The entire movie has a real authentic 70’s feel to it and that really helped to suck me into the story. The movie as a whole really shows the tough time Lenny McLean had in his life in terms of dealing with the mental battles of an abusive childhood which had a knock-on effect into turning him into the type of man he became. Despite how good I thought this was there were two main areas where I felt the movie lacked and improvements could have been made. Firstly, Michael Bisping was cast to play Roy Shaw, which I didn’t have a problem with, I just felt that with Bisping’s experience and background in the world of MMA I had hoped his expertise would’ve been utilised into turning the fight scenes between himself and Josh Helman into a masterclass. Additionally, My Name is Lenny only portrays such a small portion of Lenny McLean’s wild and storied life that it only really focused on his rivalry with Roy Shaw and him becoming The Guv’nor. There were dabbles throughout about his abusive step father and his upbringing, but there was nothing of his adult life before or after the series of fights he had with Roy Shaw.

Overall, I would highly recommend this movie to anybody, especially if you’re already familiar with Lenny McLean. Then a little secondary suggestion, go watch the documentary made about the life of Lenny McLean called “The Guv’nor” – which was available on Netflix once upon a time, not sure if it still is though, that’s equally as good too. Again, great movie and impressive character acting from the lead. Don’t let the many negative reviews on IMDB put you off.